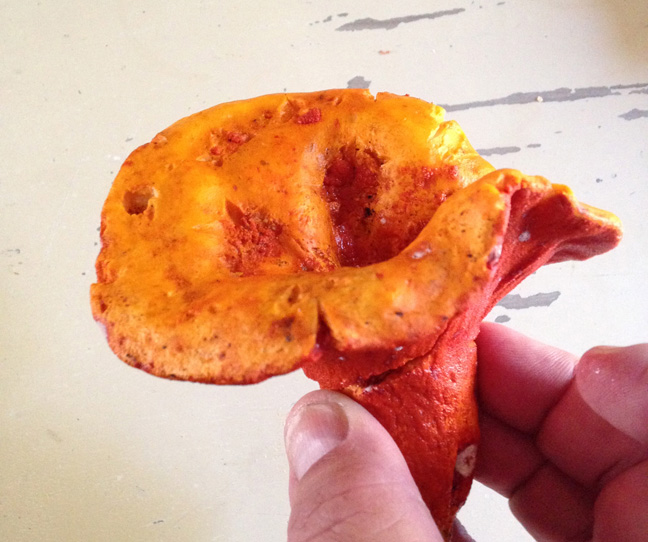 In mid-August in Southern Ontario the lobster is the mushroom hound’s best friend. They’re plentiful right now and they are wonderful mushrooms, which retain a great firm texture when cooked.

The lobster, Hypomyces lactifluorum, is what happens when a certain cup fungus attacks host mushrooms. The hosts are two mushrooms which look very much alike, Russula brevipes and Lactifluus piperatus.

The attacking hypomyces contorts the shape of the host and covers it with a scarlet coating, reminiscent of a cooked lobster shell. It also creates a super-tasty, firm mushroom that holds its own fried up on toast or adding body and flavour to soups and stews.

Yesterday morning I met up with my brother the trout, Salvelinas fontinalis, for coffee at a Timmies not far from the Enchanted Mushroom Forest. Of course we had to have a quick look just in case there were some good edibles fruiting. We found several choice lobsters, along with a few hedgehog mushrooms and even some boletes.