The Model Railroad Club of Toronto has been around for 75 years and has been in the same location in what is now called Liberty Village since 1946. Some of the 20 members of the club have been members for over 50 years.  The club is faced with moving in the spring. They have a new location secured, a smaller one, out near St. Clair and O’Connor.

There are still opportunities to see their Central Ontario Railroad in February before it is dismantled. There will be a new track plan. They will reuse what they can. Some of the scenery is so specific to its current environment, it will likely be impossible to reuse it.

How significant is this model railroad?  Consider this. There are 90 locomotives, 70 passenger cars and 800 freight cars. The degree of detail in the scenery is fantastic. At one point I noticed some campers being harassed by bears in the landscape. Here are a few photos of the layout. 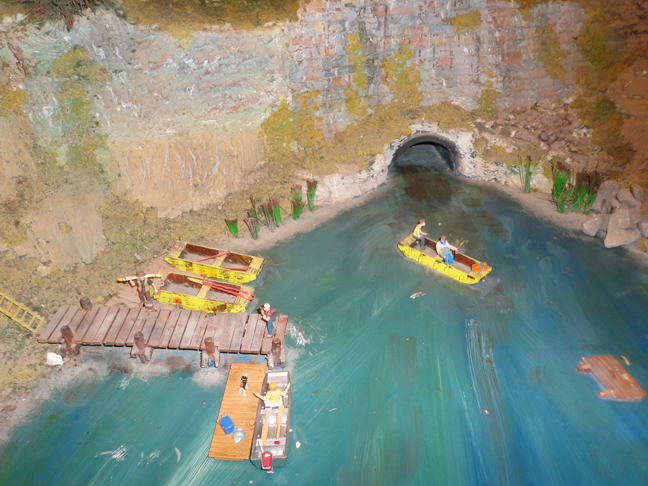 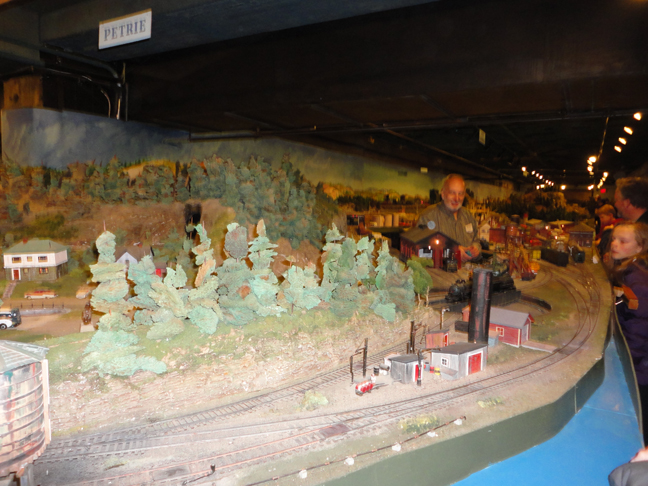 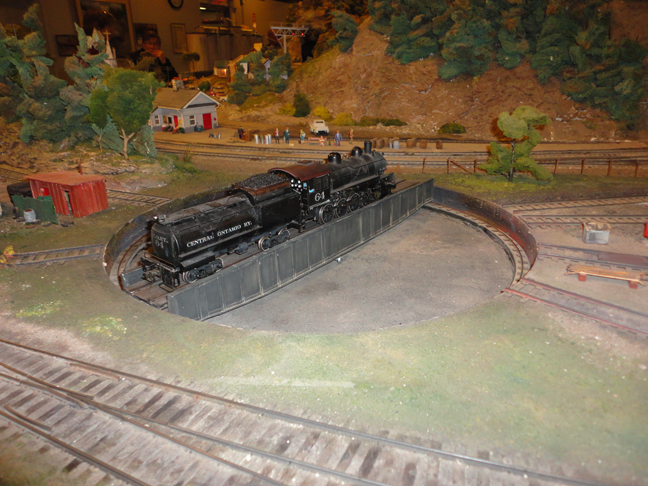 I also shot a video clip of the railroad in action.

You don’t have to be dedicated to model trains to enjoy this show. The extensiveness and detail of the modeling is amazing plus there are various trains running through the landscape. This railroad is O-scale the largest of the usual train scales. It is less common today than the smaller HO, which has become the most popular scale. Many home railroad freaks model in N-scale, which is small enough to have a layout on a dining room tabletop.

If you have a chance to see the railroad on one of the three weekends in February is is open again, I highly recommend it – and this is going to be the last chance to see the original layout before it is dismantled. Admission fees will help the club establish and rebuild in the new location. Help these guys out and visit the Central Ontario Railroad while you can.