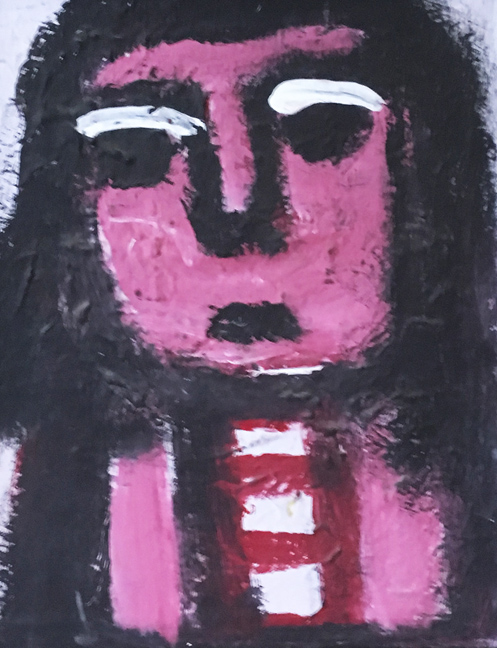 Eddy Mumma was born in Milton Ohio in 1908 and passed in Gainesville Florida in 1986. He took a painting class at age 60 at the suggestion of his daughter, but abandoned the class, unimpressed by the instructor’s criticism. Mumma, or Mr. Eddy, as he dubbed himself, kept right on painting. He became very prolific and often painted both sides of painting boards.

Mr. Eddy mostly painted faces. The painting we have is an unusually somber one. Many of them feature much brighter colours and most feature his characteristic powerful use of black contrasting with the coloured forms in the paintings.