I walked south-east from my hotel, a direction which would take me south of the bottom end of Hoan Kiem lake, into the French Quarter. Here, I found myself on a wide avenue with broad sidewalks, and large buildings, many of which with the yellow walls typical of French Colonial architecture. The sidewalk had enough space that I rarely had to step into the street to find my way around parked motorbikes.

There was a great deal of traffic, but here most intersections had traffic signals, which were more or less being followed. Even though I’ve become relaxed about stepping into Old Quarter roads with a platoon of motorbikes heading straight for me, I was glad for the traffic signals on these wider roads.

I passed some swanky restauants and cafes, including one with the disturbing corona virus inspired sign and policy, “This restaurant does not accept customers from China”. This area is home to some high-end hotels, government buildings, residences and embassies. For instance, I walked past the Embassy of India. The Opera House is in the French quarter as well, where two years ago when we were here, Sheila and I attended a symphony performance. 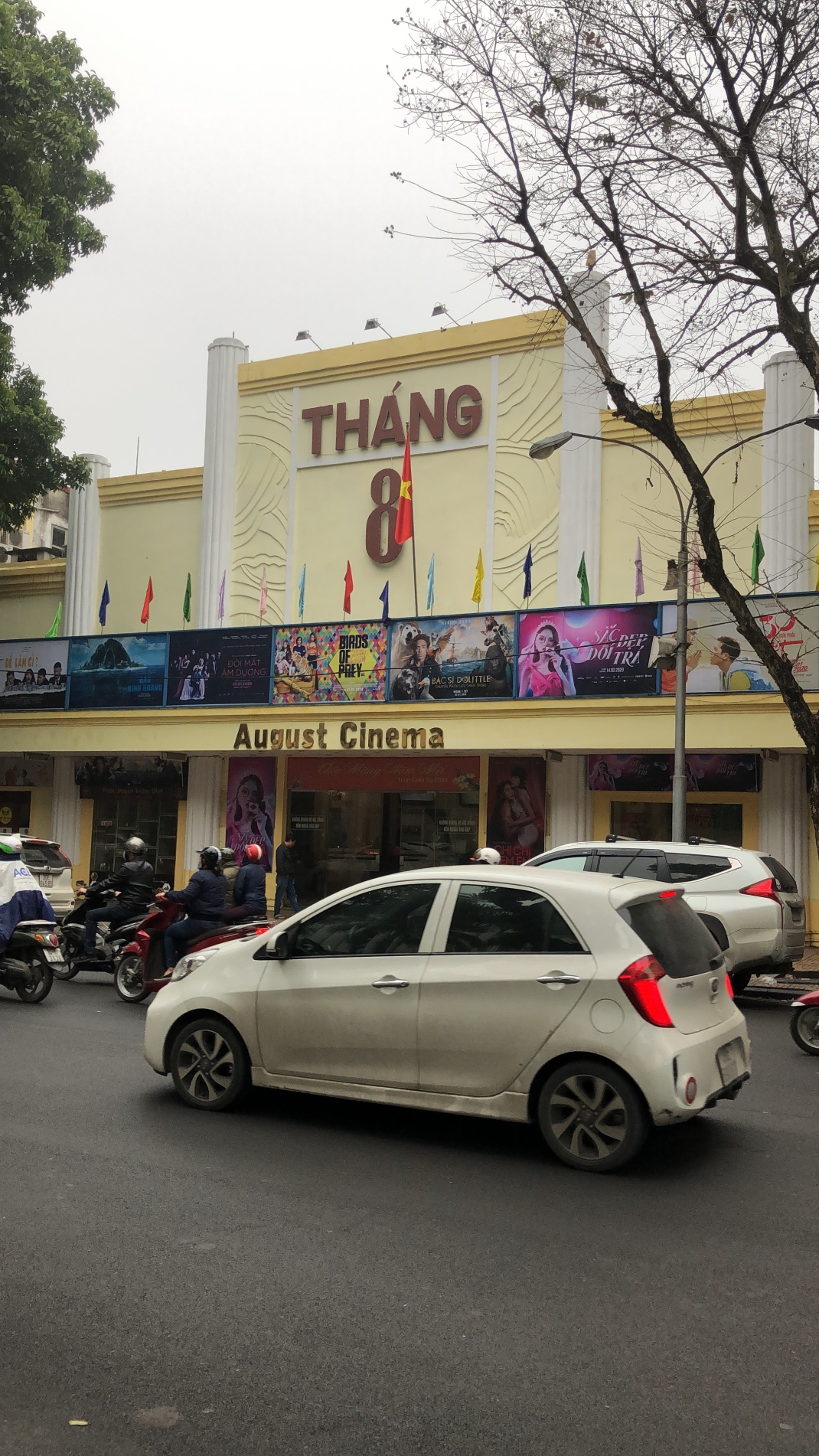 I turned north onto a street that would take me to the east side of Hoan Kiem Lake, passing a cinema along the way.

It became foggy by the lake. I stopped to rest on a bench, watched a photographer photographing his family, and read a couple chapters of John Higgs’ excellent book, stranger Than We Can Imagine: Making Sense of the Twentieth Century.

After walking north along the lake into the Old Quarter, I found the street which leads back to my hotel, Turned onto it, and 20 minutes later, I was sitting down at what has become my favourite ‘local’ cafe. The young guy serving up rocketfuel greeted me, and welcomed me back.