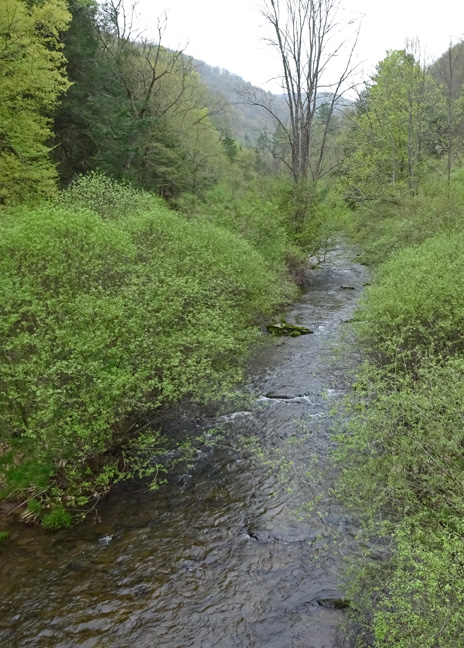 The other day East Texas Red called the tag alder the trout’s best friend. It has other names – speckled alder, grey alder, hazel alder, hoary alder and mountain alder – but every trout fisherman I know calls them tag alders, sometimes with an expletive strategically placed before it.

These bushes are ubiquitous along the banks of so many brook trout streams, one of the things that make a stream “trouty”. They help keep the stream cool (and brook trout need the cool water), keep the banks from eroding, and they provide a safe haven for the trout. Even when the deepest part of a run is in the middle of the stream, the best trout can often be found right near shore under the shelter of the tag alders.

For the ten percenters, those purist fly fishermen who insist on chasing trout with a dry fly floating on the surface, tag alders present a huge problem. Soft hackles and other wet flies, nymphs and small streamers are often a better bet to get a fly under the bushes in front of the trout.

When I was a kid, my father – who was an unrepentant bank-napping bait plonker – taught me how to drift a dew worm, unweighted, just under the bushes to get near the brookies. Until I got the hang of it, I spent a great deal of time in a mess of tangled line. New fly fishers face this fate too. Sometimes I suspect a tag alder can reach out when you aren’t looking, and grab your fly on an unsuspecting back cast.

In some places, when streams are slower and deeper, the tag alders offer another challenge. The middle of the stream can be too deep to wade, and the banks impossible to navigate. I encountered this a few years ago when I tried to fish parts of a well-known stream on Michigan’s Upper Peninsula. I could neither wade nor walk the stream and as a bonus the mosquitoes were fierce. When I finally gave up and was climbing the bank up to the road, the trout started rising on the edge of the tag alders.

Still, I love these streams.