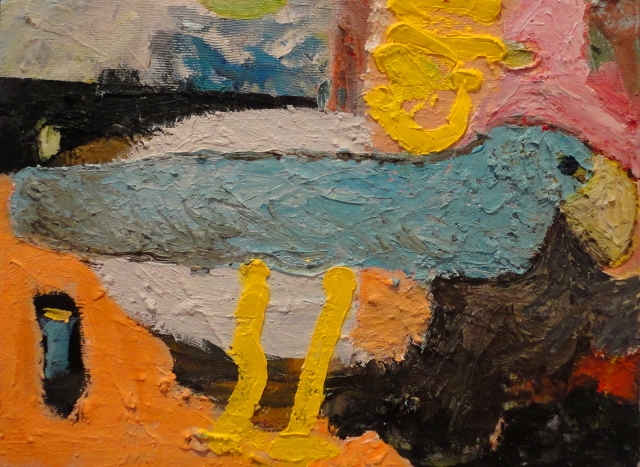 She Warbles as she Flies

The titles of those paintings come from a song often played in the clawhammer banjo style. We think of it as an Appalachian tune because of the seminal recording by Clarence Ashley, but I understand it’s actually an English folk tune.

…and here’s another performance of it I really like by Johannes Bonefaas, a fellow known for his banjo-making.

I believe my painting, The Cuckoo is still available. Contact Yumart Gallery.